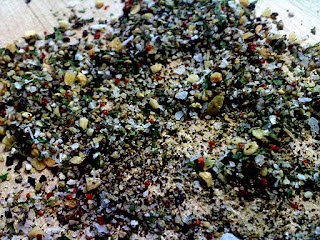 As every good Dune-loving geek knows, spice is the key to the universe.  Turns out it's fairly important when in the kitchen too, so I thought I'd highlight what I consider to be some of the more transcendent brands.  I can't promise any of the spices below will result in messianic-like powers, but if you add these to your repertoire, your friends may consider you the culinary second-coming. 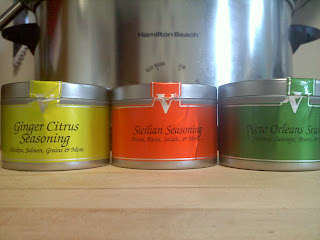 Victoria excels primarily in the realm of versatile mixed seasonings that can be added to just about any dish - from chicken to fish, from Smurf to Snork.  Best of all , they're great whether your grilling, baking, roasting, frying, poaching, or sauteing.  You can even toss them in a bottle of olive oil for a couple of days to create a ready-to-go dipping oil, salad dressing or marinade. 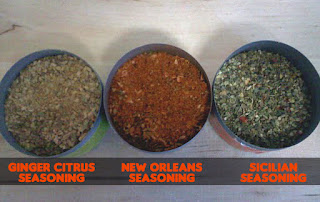 It will take forever to test all of their spices, but so far, my top four are(in ascending order) the Sicilian (perfect for a caprese, tomato sauce, soups), New Orleans (home fries, chicken, catfish),  Ginger Citrus (stir fry, grilled chicken, and I'd love to try it with some scallops...) and finally, the most used spice in my kitchen: 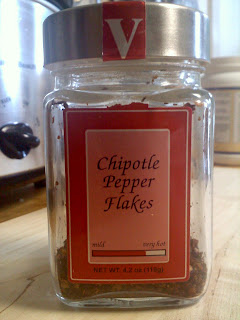 Chipotle Pepper Flakes.  There's nothing I wouldn't put this on - amazing in chili.  Throw it in a pan with some olive oil, let it simmer, and toss in your favorite beef, pork, chicken, fish - whatever - and you have an instantly delicious entree. 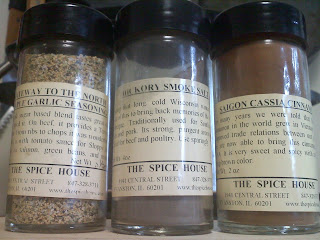 The Spice House nails the quintessential grilling/roasting rub - both for meaty vegetables and vegetabley meats.  The mixes are generally coarse and rub deep into the dish, allowing the juices released by cooking to saturate with flavor from the inside out.  Again, in ascending order, my favorites are the Maple Garlic Seasoning (slightly sweet and super-savory), the Hickory Smoke Salt (just like liquid smoke, a little dab will do ya - makes everything on the grill taste like its been slow-cooked in a fire-pit), the Saigon Cinnamon (Used in squashy soups once or twice, but mostly in my morning coffee), and finally: 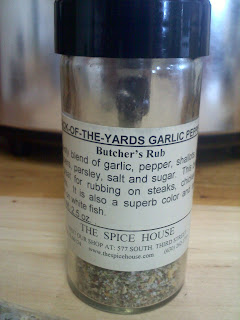 ...Back-of-the-Yard Garlic Pepper Butcher's Rub.  Get rid of your Montreal Steak rub or whatever you toss on your NY Strip and replace it with a bottle of this - it tenderizes the meat as you rub it in, adding subtle flavors, including garlic, pepper, salt, a tiny bit of sugar that ADD, not take away, from the natural flavors of the meat.  Add this AND the Victoria Chipotle flakes to your steak before you toss it on the grill?  Seriously.  Transcendent.

These spices really aren't much more expensive than ones you'd buy at the Supermarket, and they're potent enough to last almost all year (except for the chipotle - I eat that stuff by the spoonful).  Give'em a try - maybe you won't wind up controlling the universe, but you'll certainly take over the kitchen.
Posted by CutsEveryday