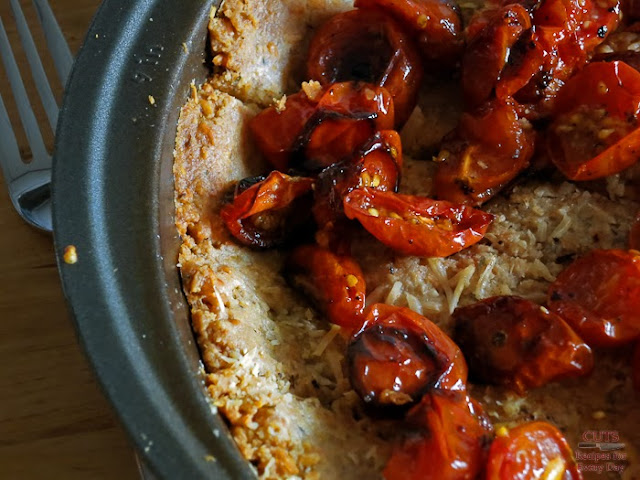 I usually get my recipe inspiration from the interwebs, creating dishes that are essentially bastardizations of another bastardization someone stole from someone else who stole it from Martha Stewart's Magazine or Cooking Light.  But lately I've been relatively uninspired what I've found on the interwebs - it's a lot of variations on the same thing, so I've turned my thievery to cookbooks.  NOTE: I'm not stealing the cookbooks themselves, just the recipes.  I do not encourage theft of things, just ideas. 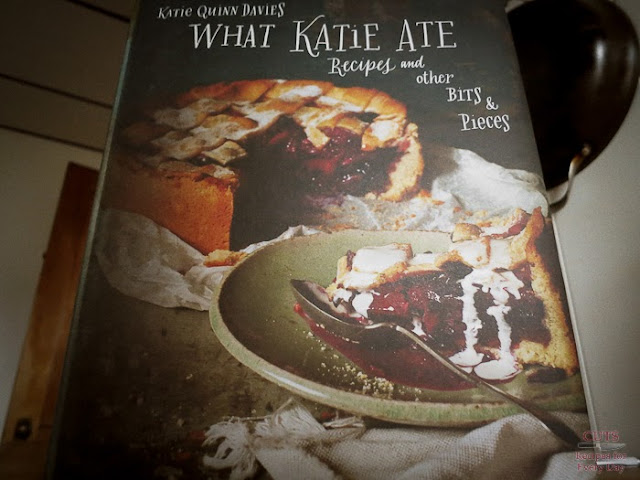 Anyway, Katie Quinn Davies "What Katie Ate" is page after page for inspiration behind the skillet and the camera.  Her photography manages to be both moody and warm, inviting and artistic, and, of course, mouth-watering.  And the recipes range from quick and easy to 8-hour long processes that will either fill you with accomplishment or the desire to throw yourself off a bridge (I mean this in a good way - I don't know about you, but nothing makes cooking more of a chore then executing an onslaught of easy recipes).

In the book, the dough is actually cut into little "cookies", or plates for the tomatoes, but my brain fell out while I was making this and I mucked up the butter/flour ratio for the dough, so I couldn't roll it out easily, and decided to make more of a tart.  And I was STILL frickin' thrilled with the result.  What's below is a combination of her recipe, my mistakes, and my suggested band-aids for where I flubbed up. 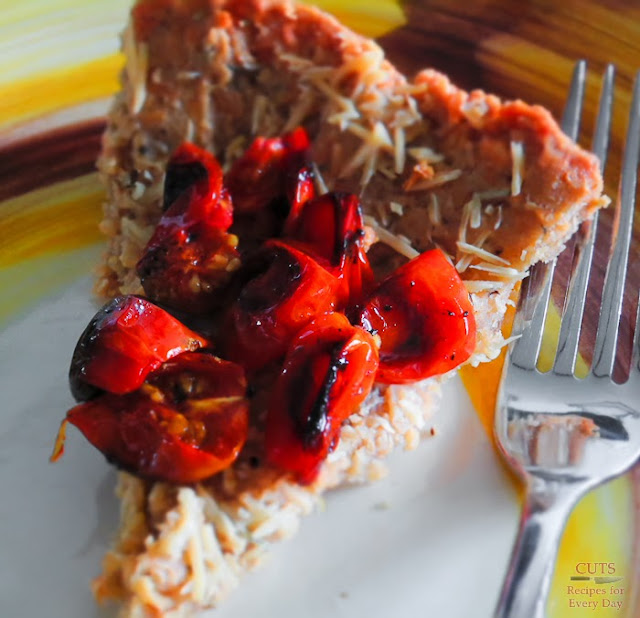 3.  Cut the tips off the garlic (pre-peeling), place in a square of aluminium foil, drizzle with a little olive oil, then wrap the foil around the cloves 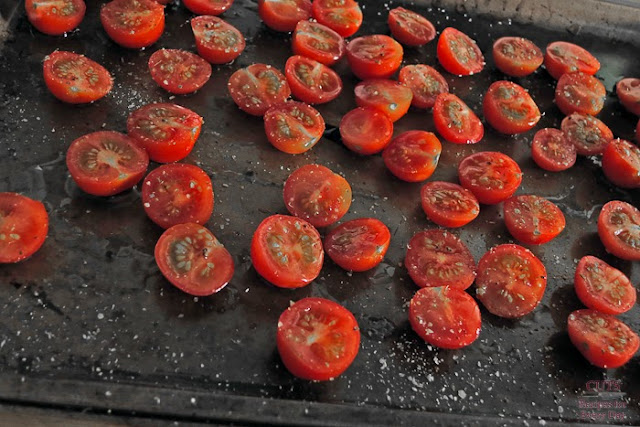 4.  The tomatoes should be nice and roasted after about 20 minutes, the garlic should take about 30 minutes, but watch them both and use your better judgement.  If you made the dough while this cooks, then you can leave the oven on - just drop the temp down to 350.  If not, it'll be a bit, so turn it off. 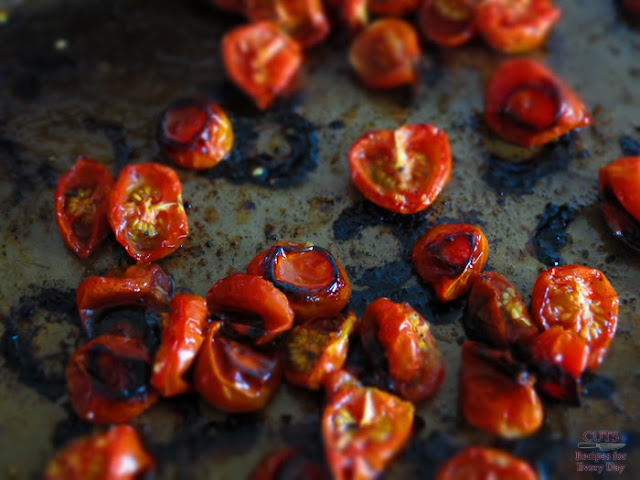 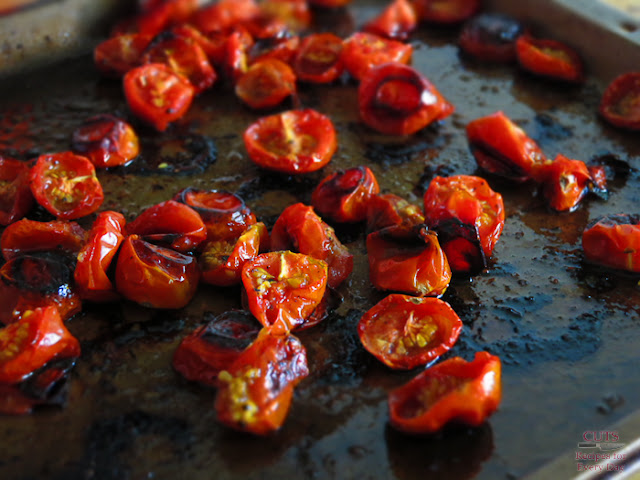 5.  Combine the flour and softened coconut oil (or butter) in a large bowl until well mixed - it should resemble coarse breadcrumbs

6.  Add the half & half, roasted garlic, plenty of pepper, a pinch of salt, and as much rosemary and thyme as you see fit :)  Mix it well using your fancy kitchen tool, or - as I did - with a wooden spoon and your hands 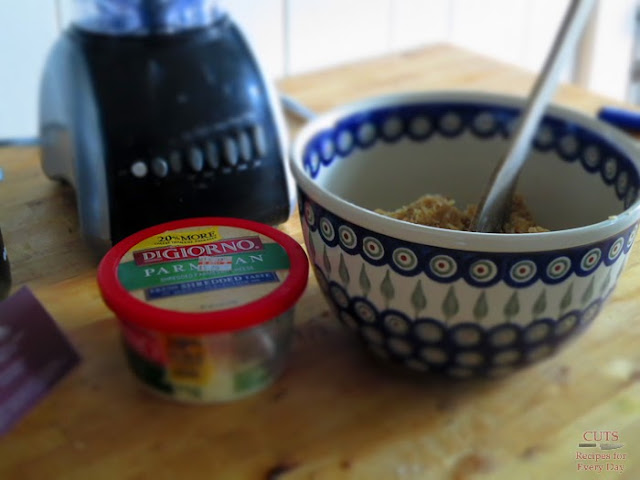 7.  So, I here I ran into a little bit of trouble - I rolled the dough into a ball, wrapped in plastic wrap and stuck it in the fridge for 30 minutes.  When I pulled it out, it was a solid ball - I had to dunk it in a warm water bath for about 10 minutes to get it to roll out.  Whether or not you HAVE to do this - I don't know.  But everything turned out ok in the end, so, I have no complaints.

9.  Grease a 9" pie pan with a bit of the olive oil, then place the dough inside.  Work it with your hands, pinching the "crust" up around the edges, and making the floor of the crust flat against the pan.  I then sprinkled with a bit more pepper and parm. 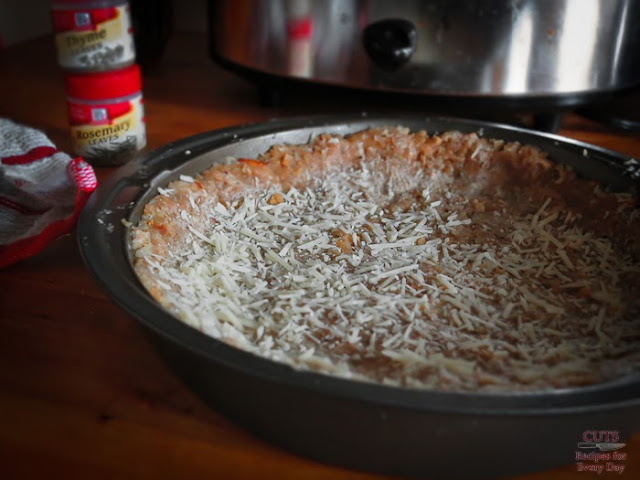 10.  Stick the pan in the oven for about 25 minutes, or until golden brown.  When it's down, take it out and let it sit for about 10 minutes before adding the tomatoes.  If you're so inclined, you can add pesto to the mix to add some extra flavor and help the tomatoes stick. 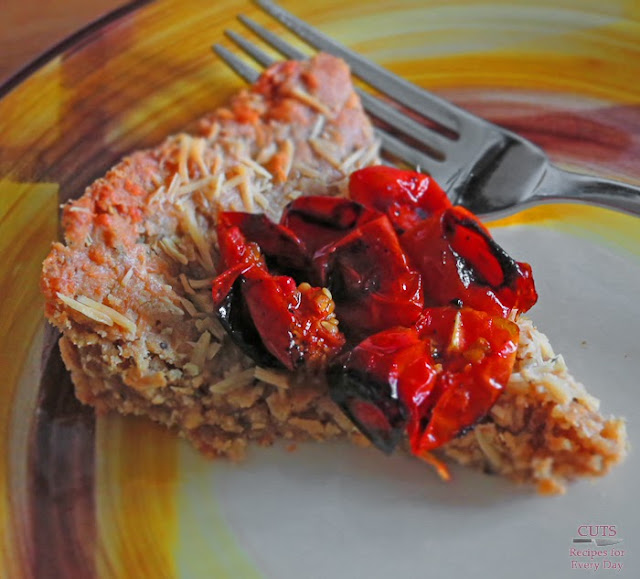