Imbibe the Flavor: Beer Can Chicken 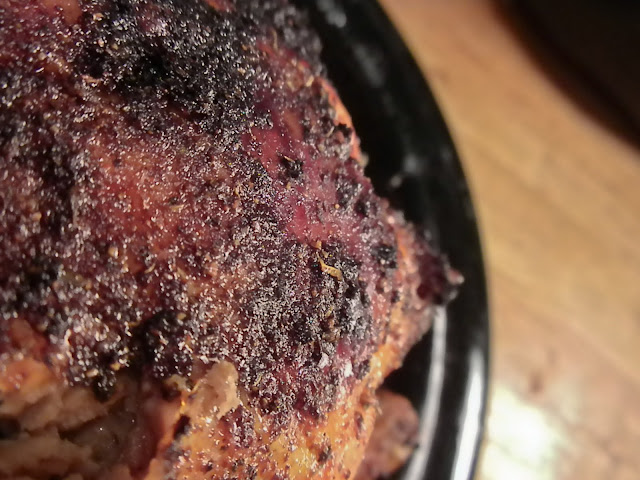 I can't believe I've never heard of this!  Sure, I've cooked with beer before - crockpot shredded pork, chicken glazes - things like that.  But somehow I've never heard of sticking a full beer can up the rear of a chicken.  Of course, it makes sense - the beer evaporates and permeates the fowl meat from the inside out.  If you season the cavity of the bird, the steamed beer carries those flavors to every nook and cranny, making every bite as sumptuous as the one before.  I used the Spice House Maple-Garlic seasoning as the base for my rub, making the meat savory with just a touch of sweet.

For those who have tried this in the oven, I suggest giving it another shot on a grill, especially one with a short upper rack to help steady the bird.  It isn't easy to keep that thing standing - not surprising, considering it's shotgunning a can of beer. 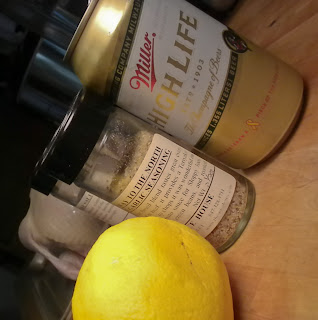 1) Preheat the grill to medium-low heat.  If your grill has multiple burners, plan on placing chicken directly between two of them.  Our grill has four, so I turned on the first and the third burner, and placed the chicken over the second to keep the drippings away from the flame.
2) Mix the Maple-Garlic, Hickory Salt, cayenne, and Italian seasonings in a bowl
3) Mix 1 tbs of the lemon zest into the mixture, then sprinkle the other tbs over the top of the mixture - this helps keep the mixture from clumping
4) Rub the entire chicken, including inside the cavity, down with olive oil
5) Rub the entire chicken, including side the cavity, down with the seasoning mixture - be generous!
6) Drink 1/4 of the beer
7) Lift the chicken and drop the cavity over the beer can
8) Keeping the beer can upright, place it on the grill - I used the upper rack to keep the chicken standing upright 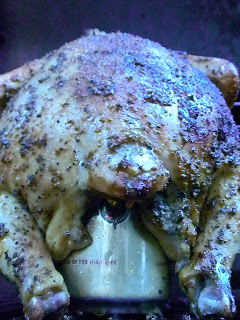 9) Check the chicken every 20-30 mins to make sure it's cooking evenly.  Leave on for about 1.5 hours
10) Preferably with another person, remove the chicken from the beer can to a platter by lifting the bird with two grill forks, and holding the beer can still with a pair of tongs 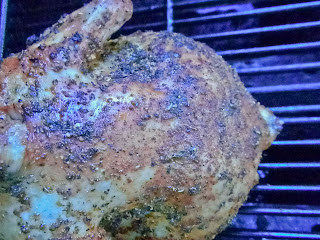 I've never had a roasted bird like this - tender without being sloppy, slightly sweet, extremely savory, and if we can contain ourselves, we'll have a week worth's of lunches.

Thank you, beer.  For all of the gifts you bestow. 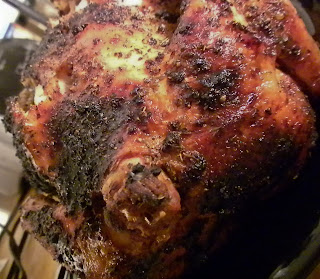