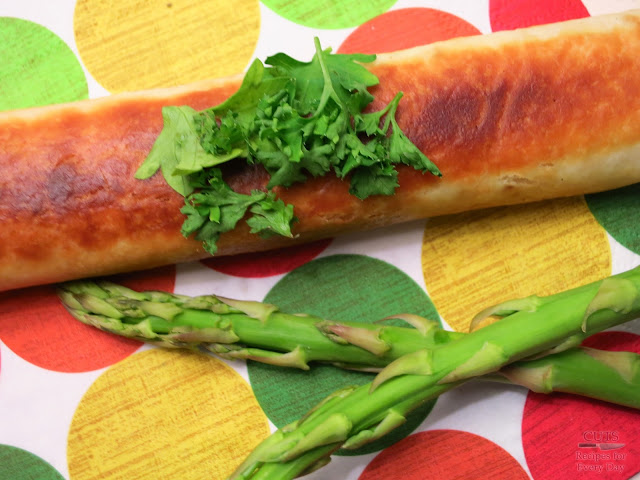 Up until a couple of years ago, none of my friends really talked about cooking.  There were a few people I knew who I could discuss recipes with, but usually, when I brought up my epicurean endeavors, people would just stare back at me - dumbfounded and mystified, like I was discussing quantum physics.  The idea of cooking was like trying to comprehend the properties of star - romantic, mysterious and lightyears beyond their reach.


Then - between the launch of this blog and the Pinterest effect - I discovered that more than half my friends were closeted (or at least not publicly outed) FOODIES.  It's like a brave new world opened up, and I found a new topic my friends and I could geek out to.  I imagine this might be a little overwhelming if I was a real cook and all these people were discussing a craft I spent years perfecting - but as an amateur, I loved it, and I wanted as much input, as many recipes as the human brain - and Google Doc - could hold!

Anyway, the point is, this recipe isn't mine - it belongs to a co-worker of mine (we can just call her LC), and  - without this blog - it's probably really unlikely that this cheesy treat would have ever come up in conversation.  But LC noticed I didn't have much in the way of quick and easy finger food - say for a SUPER BOWL PARTY - and that's just a major food blogger faux pas.  So she suggested these morsels of rolled-up deliciousness, and boom - once again, the food blog brings foodies together.

The problem with sharing recipes - especially out loud instead of in writing?  Sometimes, you just don't do it right.  These were really supposed to be finger food, with the tortillas cut into quarters and the asparagus cut into bite-sized pieces.  But - they're still delicious now matter how you cut it - unless you burn the crap out of the tortillas, there's no way you won't up with something scrumptious!

This recipe lacks any sort of specificity, so play with it and make it yours: 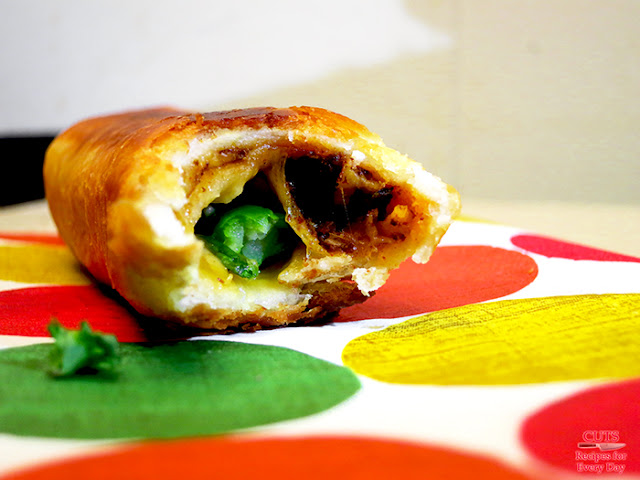 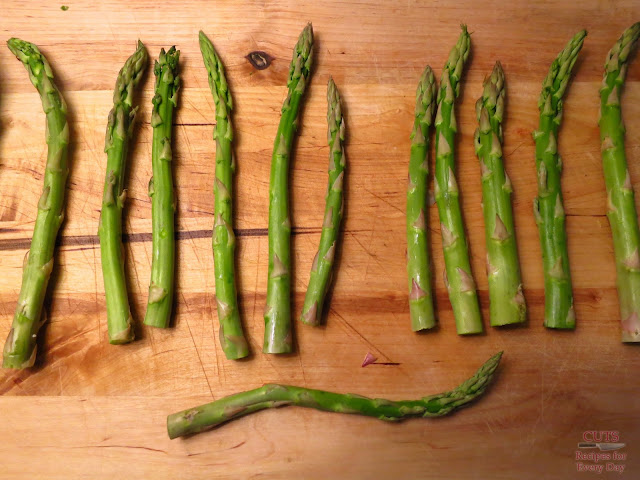 1. Prepare the asparagus by cutting off the white part of the base
2. Heat a thin layer of olive oil in a pan - set heat to about 3/4
3. In a small bowl, prepare your spices - simply add a pinch of this and a pinch of that until you're happy with out it tastes


4.  Sprinkle a small amount of cheese on one side of the tortilla, followed by a couple of pinches of the seasoning mix, and then place a piece of asparagus on that 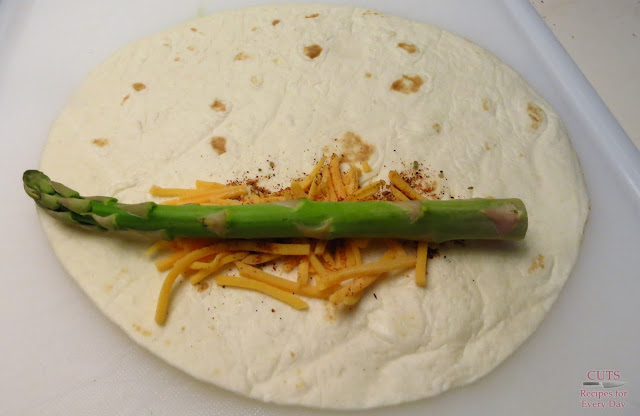 5.  Holding the asparagus in place, roll the tortilla as tight as you can manage, then seal best you can by pinching it shut, then rolling on a cutting board using your palms.  It may not seal perfectly, but it should stay shut long enough to cook 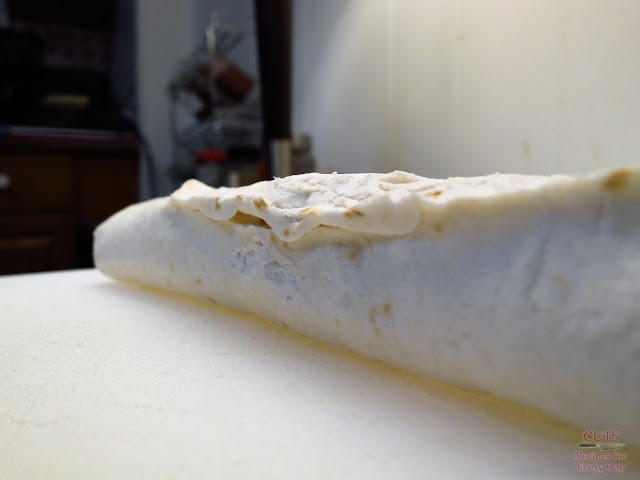 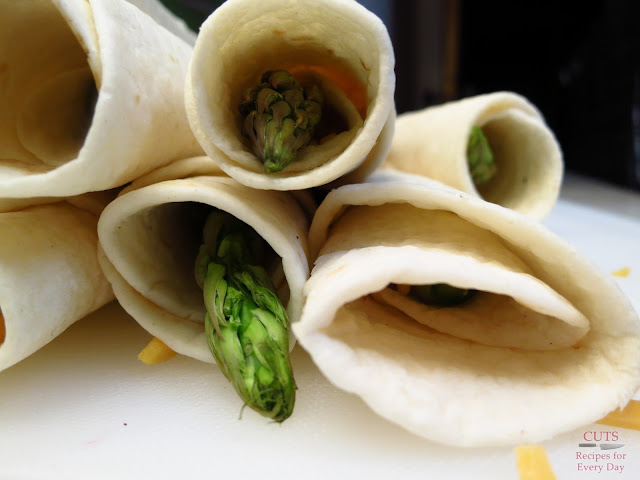 6.  Using tongs, carefully place the rolled asparagus in the heated pan - you'll probably want the side that you pinched shut on the bottom at first 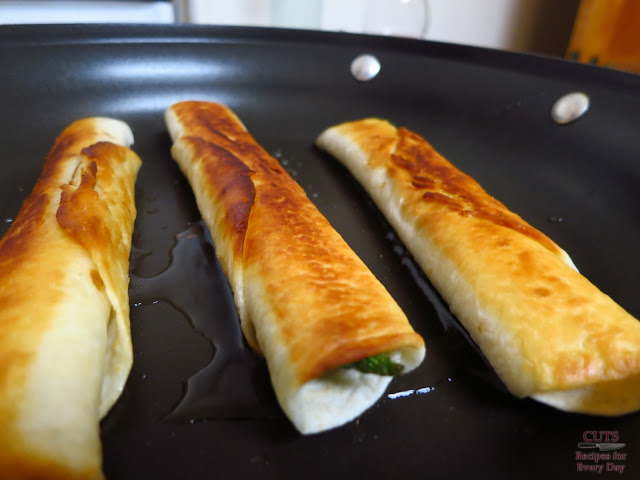 7.  Remove from heat and let rest on a paper towel for just a few minutes 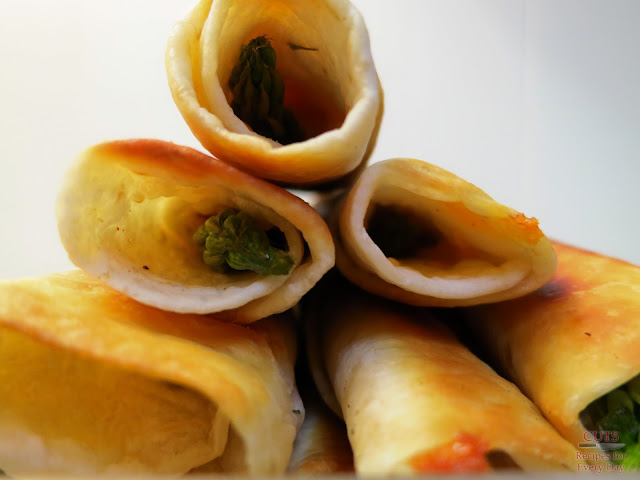 And that's it!  It may be fried, but it has an almost raw piece of asparagus in every bite - and green means healthy...right? 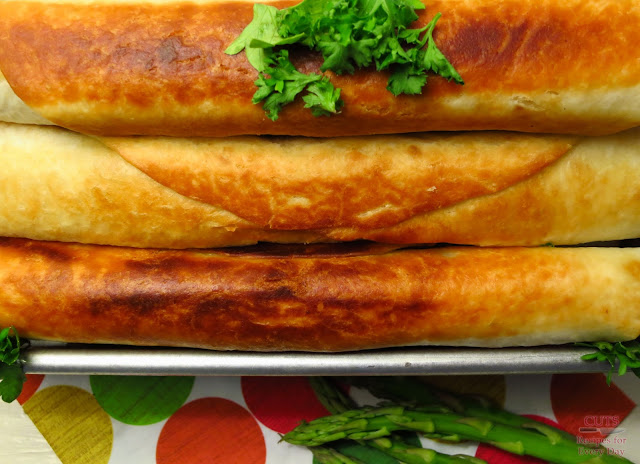