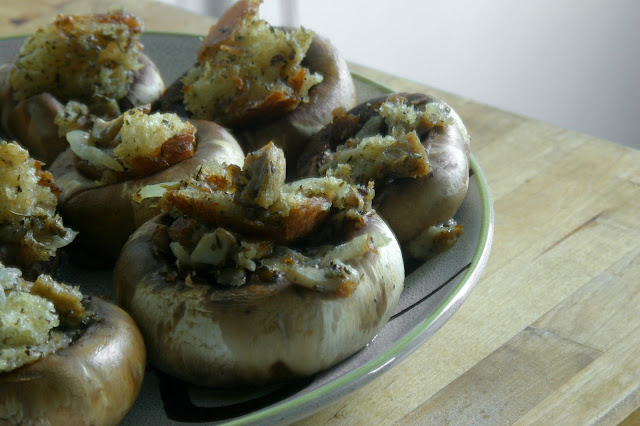 Just before Thanksgiving this year, I was told that it was stupid that I had never made stuffing before. Stupid.  Not weird, not surprising, not even unacceptable.  Just stupid.

At first, I didn't believe it.  Partially because I didn't want to believe I was stupid, but mostly because nothing was going to be as good as store-bought - not without slaving over an oven and stove for countless hours, seasoning and obsessing while a box of Stove Top teased me from across the room.

But I tried it anyway.  Tore up some bread, let it sit out, melted some butter with some herbs without really thinking much of it, coated the stale bread and heated it up a bit in the oven.  I might've spent 15 whole minutes making it.  And, when I took my first bite, I had an "ah-ha" moment - I am stupid.

It was amazing, it was simple, and I can make it any time I want, with anything I want.  Then I got a little smarter, and realized I could stuff the stuffing with sausage and parm, shove it in a mushroom, and that would be exponentially MORE delicious.

Obviously, I feel a little silly for claiming to be a lover of food and cooking yet never having made something as simple and wonderful as stuffing - I'm guessing we all have a few things like that.  In the kitchen...at home...at work...anywhere and everywhere else.

So the moral of the story is, make sure you try those things you never tried, even if they seem silly, and when you do, make sure you make up a seemingly insightful and hyperbolic moral to cover up the fact that you still feel foolish. 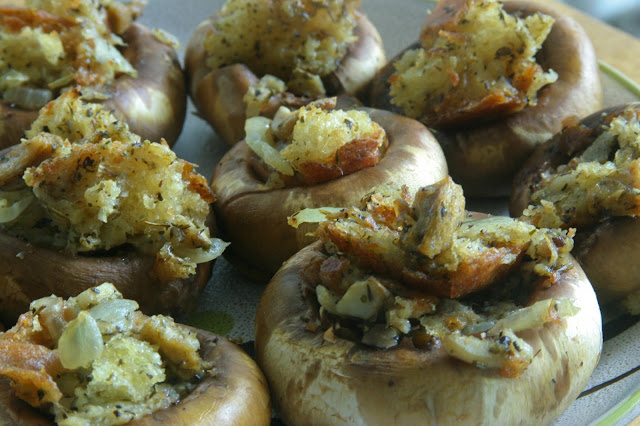 Half-loaf of crusty bread, or bread that's gone stale and you have no idea what to do with it
Half a stick of butter
2 tb of your favorite Italian seasoning
2 pinches of salt
2 cranks of ground pepper
1/2 cup of chicken stock
1/2 onion, diced
2 cloves of garlic, diced
2 links of sausage, cooked and diced (I used sun-dried tomato)
3 tb parm cheese 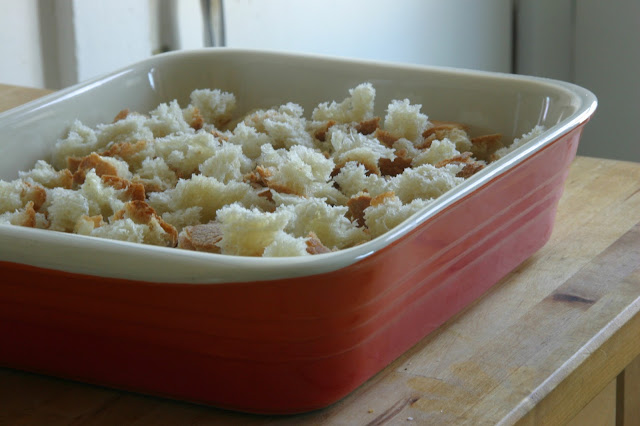 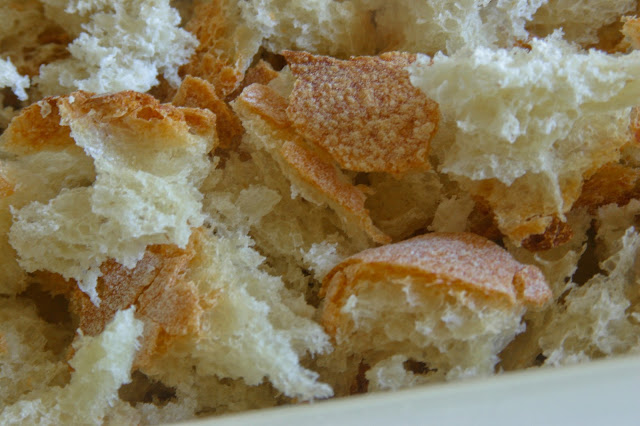 2.  Place the butter in a saucepan and let melt.  Preheat oven to 400
3.  Add onions and garlic until they go limp and fragrant
4.  Add chicken stock, salt, pepper, Italian seasoning, and let simmer for about 10 minutes
5.  Pour over stale bread and mix well - the bread should soak up all the liquid
6.  Mix in sausage and parm 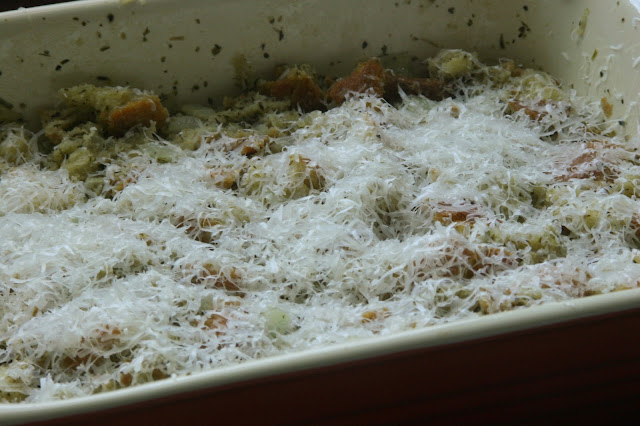 7.  Apologize to your readers for the photo you've just taken, then toss the stuffing in the oven for about 10-15 minutes.

Stuffing you just made
1-2 packages of mushrooms, cleaned
A couple-ish tb of olie oil to coat the mushrooms 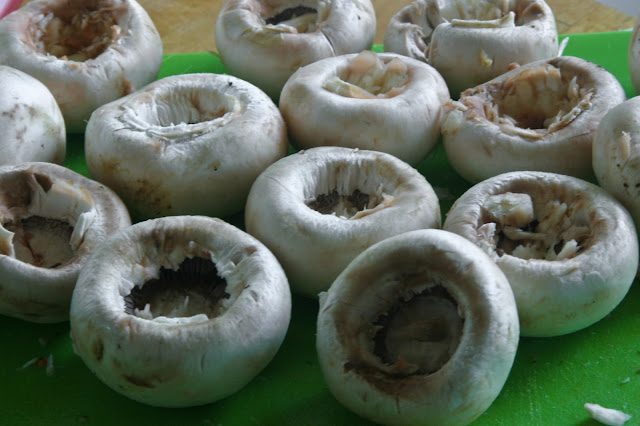 2.  De-stem the mushrooms by cutting slits in the form of an X in the stem, then twisting the stem with your fingers - the mushroom will hollow right out.
3. Stuff the mushrooms with the stuffing
4.  Drizzle the olive oil over the mushrooms - just a couple of quick passes
5.  Toss them in the oven for about 10-15 minutes
6. Serve'em warm.

And then you'll see - stupidly easy, and confoundingly delicious.  Enjoy! 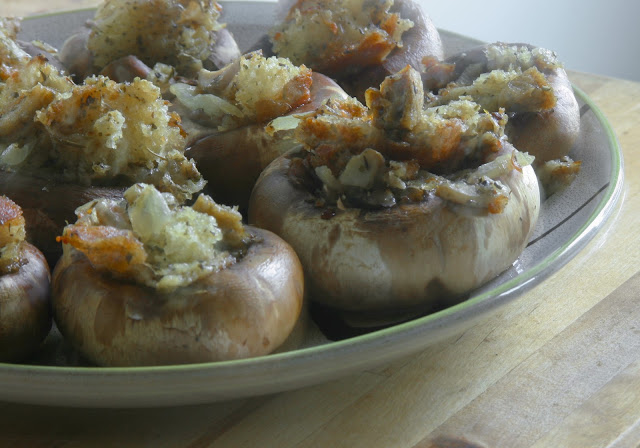