Crispy Chickpeas with Spinach and Sausage 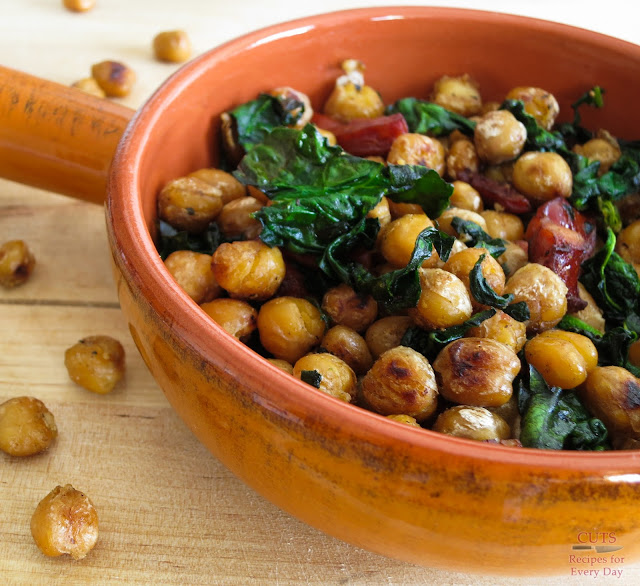 I really wanted chorizo for this dish.  The whole inspiration behind this dish was the fact that I wanted chorizo.  Of course, we didn't have chorizo, so a took a little walk to the neighborhood center and hit up the local supermarket - nothing.  Fresh out - nothin' doin' - move along, nothing to see here. 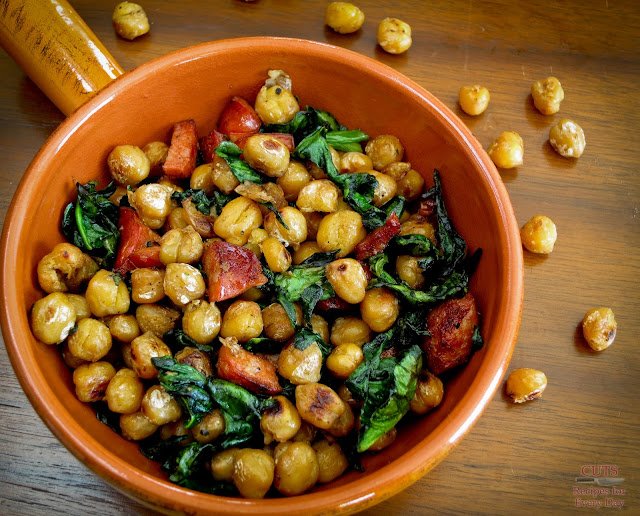 So I hopped in my car and drove down to larger, slightly higher-end market down the street.

"Do you have any chorizo, Mr. Meat-Counter Man?"
"You're the third person to ask me that today.  Fresh out.  Nothin' doin'. Move along, sir."

His mustache seemed to curl with disdain when I asked.  I just assumed he was frustrated with this sudden demand, and lack of supply, of chorizo.  Come on, chorizo suppliers, I'm sure he was thinking because he couldn't actually come up with the name of any chorizo suppliers, pick up the pace. 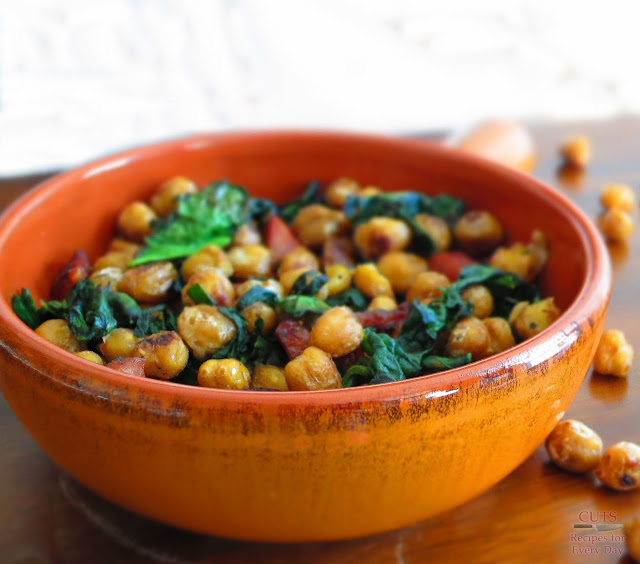 So I hopped back in my car and came home, grumbling with frustration and fear about what could easily become a national crisis.  I came home and sat in my chair and began pondering the impact of the Chorizo Riots.

I saw tapas places breaking small plates on the ground in protest. I imagined thousands of people taking to the streets with chants that rhymed with sausage I'm not witty enough to think up.  I saw thousands of links of sausage being thrown in a pile and burned in protest, which might actually be kind of pleasant.   Awful-yet-sweet smells of sweet sausage, Asian sausage, linguica sausa....LINGUICA!

I could just use linguica.  The dish was saved.  The riots were averted.  To celebrate, I bought some linguica down the street and started cooking. 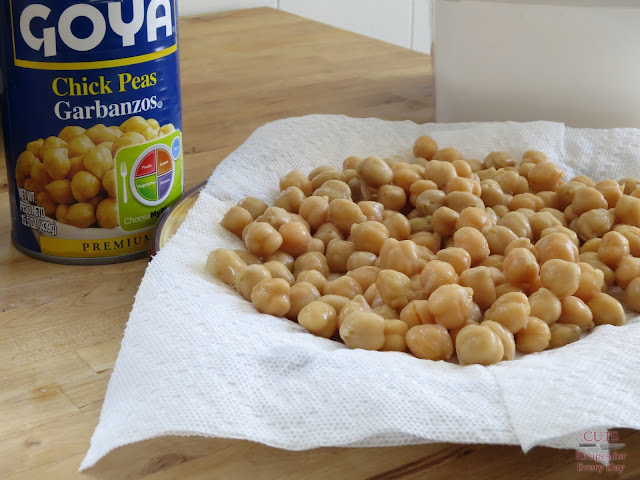 1. Preheat oven to BROIL, then drain chickpeas, rinse, then drain again - place them on a plate with paper towel and/or pat dry
2. Add  a thin layer of cooking oil to a pan (as you can see, I excitedly used my cast iron, which may be the only pan I ever use again.  EVER.) and set somewhere 3/4 and high heat 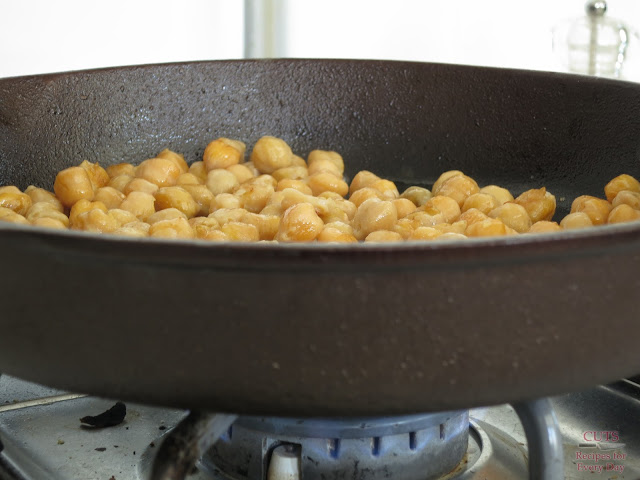 3. Cook the chickpeas, stirring occasionally, until they turn a golden brown, drain, and immediately add salt and pepper to taste - if you do it while it's still hot, the spices will stick much better 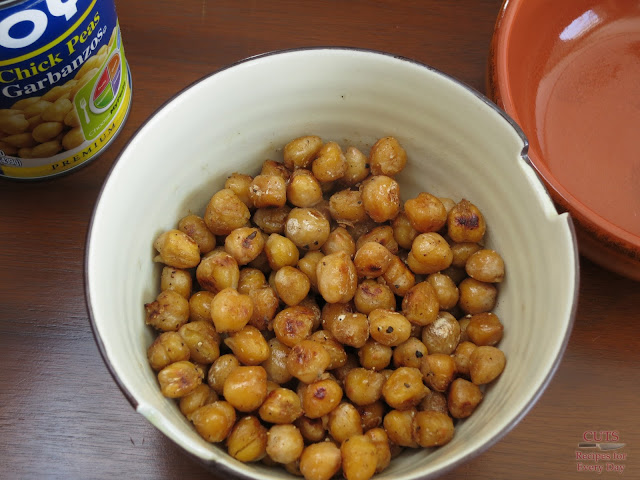 4.  Throw the sausage in the pan, let cook for about 2 minutes, then add the spinach and cook until almost wilted - you'll actually find that the spinach will crisp up until kind of a spinach chip... 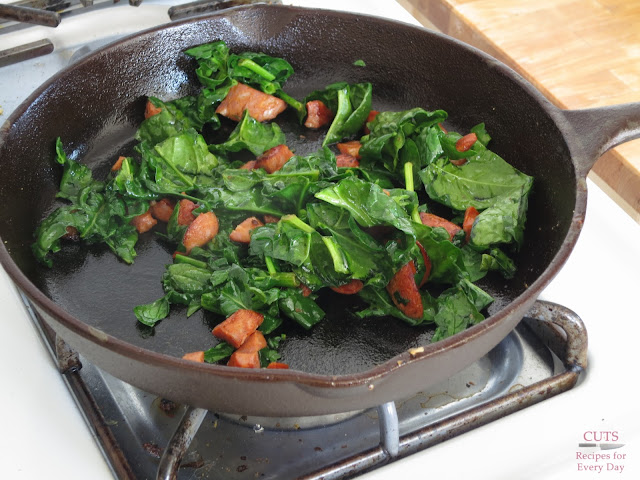 5.  Throw it all in the cast iron and toss, then put it under the broiler for about 2-3 minutes
6.  Take out, let cook for about 3 minutes, then serve 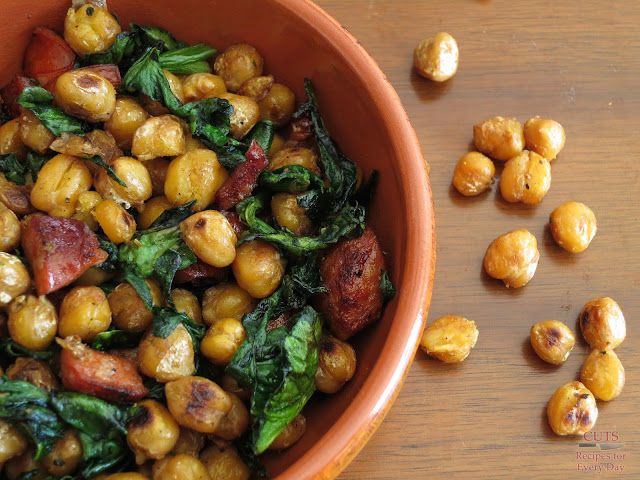 One of these days, I swear you guys are going to try one of these recipes and take a picture for me - I know it! I just hope everything is delicious in the meantime.