Roasting a Chicken in a Cast Iron Skillet 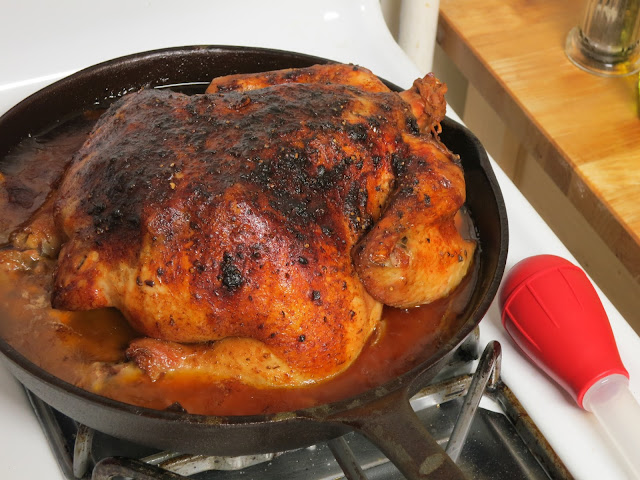 I wasn't planning on posting this - so there are no fancy-pantsy photos and no nonsensical ramblin' mumbo jumbo to accent this post.  But there was so much excitement on the FB page over roasting a chicken in a cast iron skillet, I thought it might be nice to toss up a quick bonus post.  So without further ado, let's rock that chicken:

2.  Set oven to 375 and toss in the skillet - as you everyone but me probably already knew, cast iron takes  while to heat up, so this will warm up the skillet so it doesn't take forever to warm up once you toss the chicken in 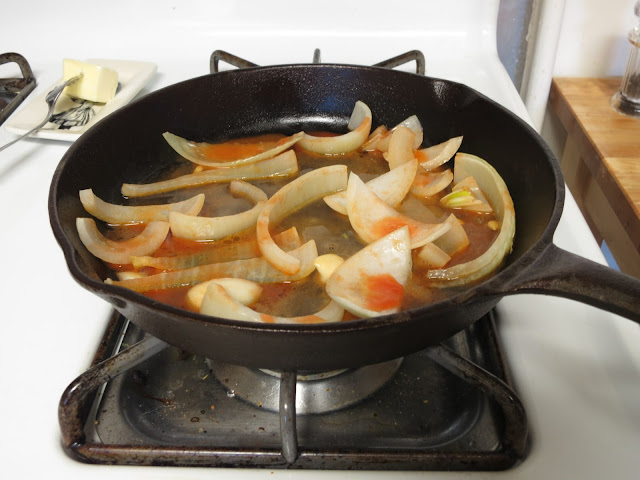 3. Remove bag'o'livers/hearts/neck etc. from the chicken - if you're like me, you boil up this stuff to get a head start on the stock, and while I don't love liver myself, my dog goes nuts for it

4.  Rub inside and out first with oil, then the salt, pepper, Cajun seasoning - go nuts!

5.  Cram a lemon wedge inside the cavity of the chicken, squeezing a little.  Continue stuffing with lemon wedge, then garlic, then onion, repeat, until that chicken is cram-full with deliciousness 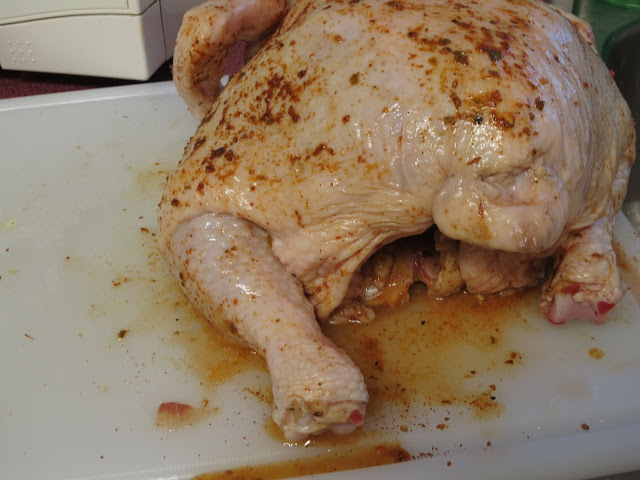 6.  Place upside down on the skillet (allowing the dark meat to drip down and moisten the white meat), leave in for 20 minutes per pound, basting once every 20 minutes or so.  If it starts getting too dark for your tastes, place a piece of aluminium foil loosely on top and turn down the temp by about 25 degrees (keep going, we ain't done yet) 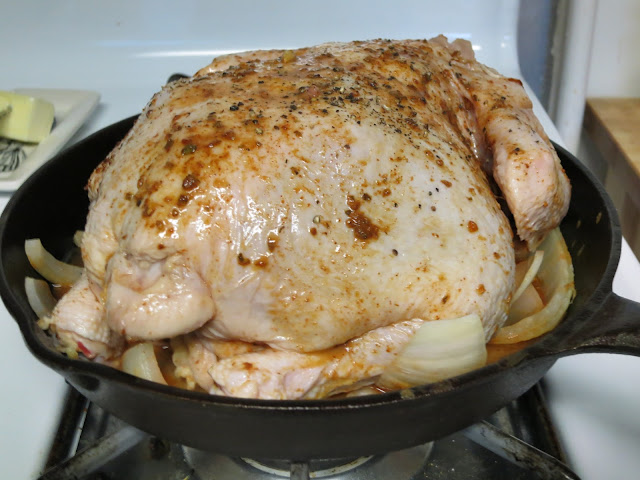 7.  For the last 20-30 minutes or so, using your carving set, flip the chicken so the breast skin dries out a bit - I don't do this because I generally eat the dark meat off the bird and save the white meat for chicken salad, fajitas and similar things

8.  Once you've stripped the bird of the edible meat and discarded the lemon/garlic/onion etc., toss the carcass and remaining bones in a crockpot with as much water as you want and two tbs of vinegar, slow cook for 6-8 hours, and BOOM -  you have chicken stock!  Freeze it, save it, use for sauces or soups.  I keep it in ice cube trays so I have convenient portions of chicken stock I can just melt and use at any time. 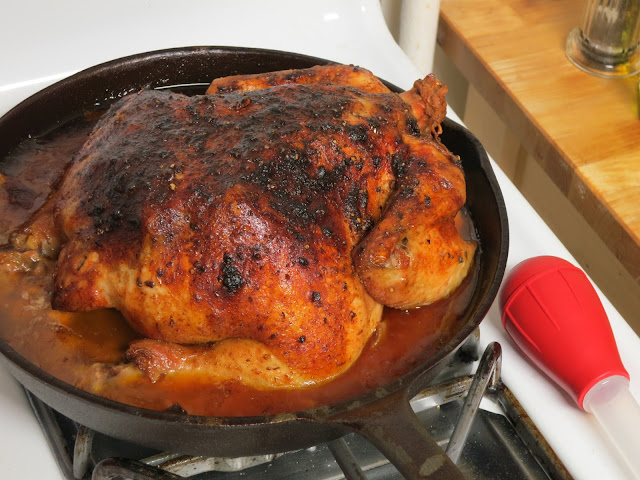