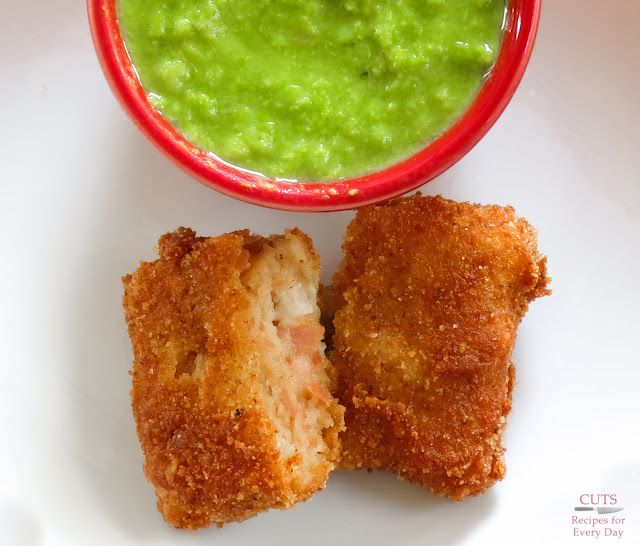 On the TAPAS post last week, I talked about how small plates really do bring people together - how food in general does, but how tapas really breaks personal boundaries in a way that often makes people (I'd like to say specifically Americans) uncomfortable (have you ever been on a date and thought, "Hey - she totally just ate that off my plate without asking!  I call faux pas!")


Sorry - that was last post's topic - I won't dwell.  Today, we have a comfort food - a slightly more personal and - if I may - selfish experience.  It's the type of food that doesn't inspire sharing - rather, it inspires one to use their fork as a weapon should anyone get too close to their plate of fried deliciousness.  Of course, in this case, the pea puree may be enough to keep someone away (it's surprisingly tasty, you just wouldn't know to look at it). 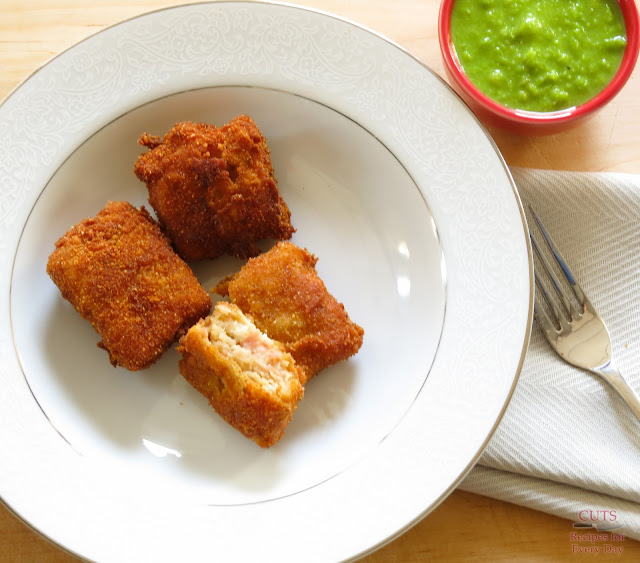 There's no clinical reason for comfort food to inspire violent attacks - or even proof that it happens.  And aside from triggering those reward centers in our brain, I don't really know the science behind comfort foods.  What I do know is that my day gets better when I'm coming home to some fried buffalo wings, a cheesesteak sub or anything - ANYTHING - with bacon.

The absolute BEST tasting comfort food, though, is the one you make yourself.  When you finally nail that recipe so it matches your own personal taste - trial and error, trial-error, trail-error, trial and - BINGO!  You've created that crisp flaky coating, or that rich, succulent creamy texture.  It's actually a rush - and then - after eating - generally a nap.  Both of which should help wash away whatever ails you, and you wake up a new man or woman, ready to chew up anything that steps in your path.

Watch out world.  I can make croquettes.  You don't stand a chance. 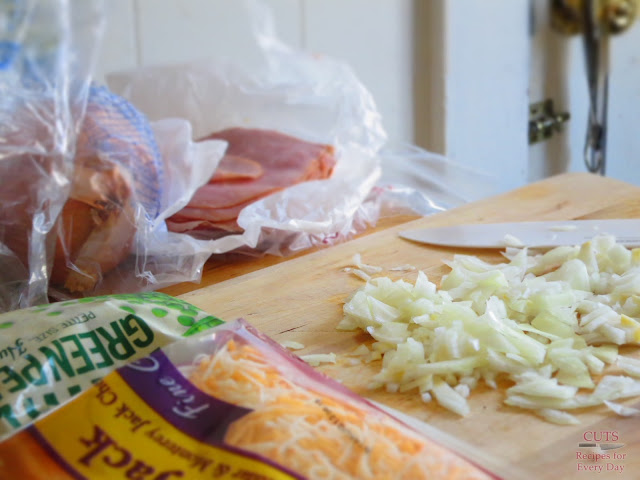 2.  Add 1/2 cup flour, a few pinches of salt, cayenne pepper and stir until the mixture becomes all stiff-like 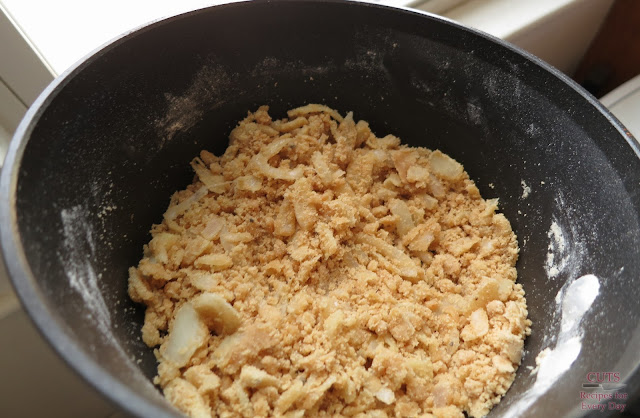 3.  Add the milk, a little bit at a time, stirring with a wooden spoon until the stiff mixture starts clumping like dough - I actually left this on medium-low heat while stirring

4. Turn off the range, stir in the piece of ham, the cheese and the sage 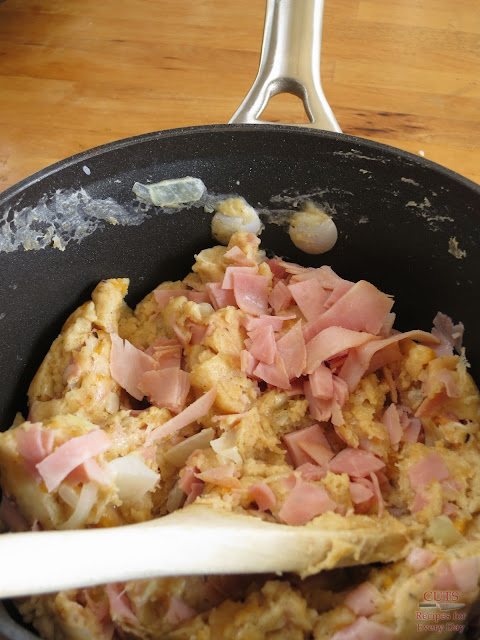 5.  Once well mixed, grease a 7" pan (preferably square - obviously I didn't have that available), and spread the dough evenly in the pan.  Stick it in the fridge for about an hour or so - little more, little less are both fine, as long as the dough is firm 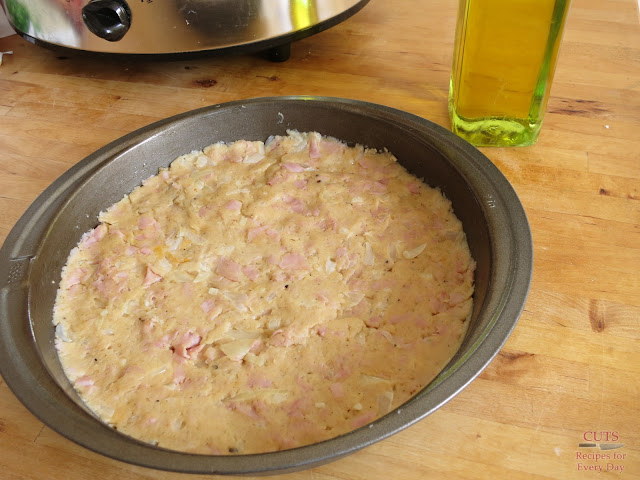 6.  I took this time to make the pea puree, which is the most oddly delicious part of this dish!  I just cleaned out the same saucepan and brought a few cups of water to a boil - throw in the peas AND the garlic and cook for 30 seconds or so 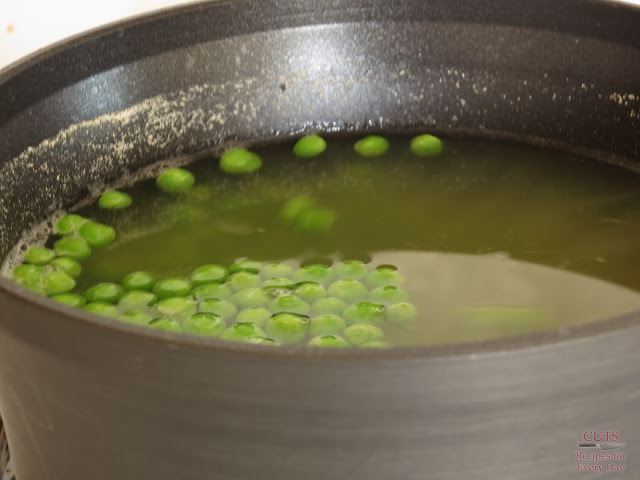 7.  Drain the peas and garlic, and pull out your food processor or blender 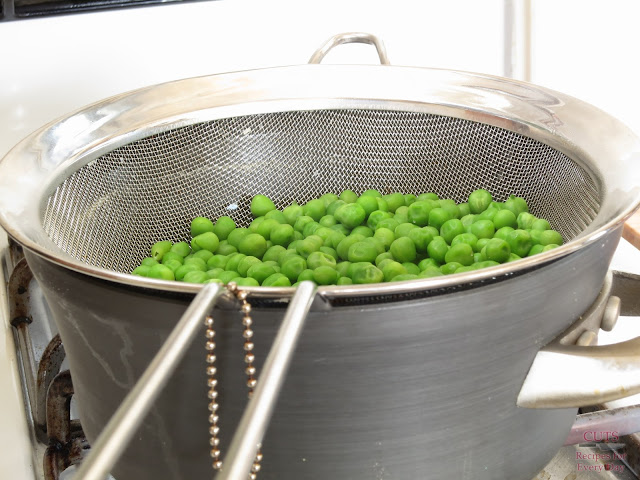 8.  Toss the peas, garlic, lemon juice, lemon zest and salt and pepper in the food processor, and run into the mixture is as smooth as you can make it - I had to do mine in batches 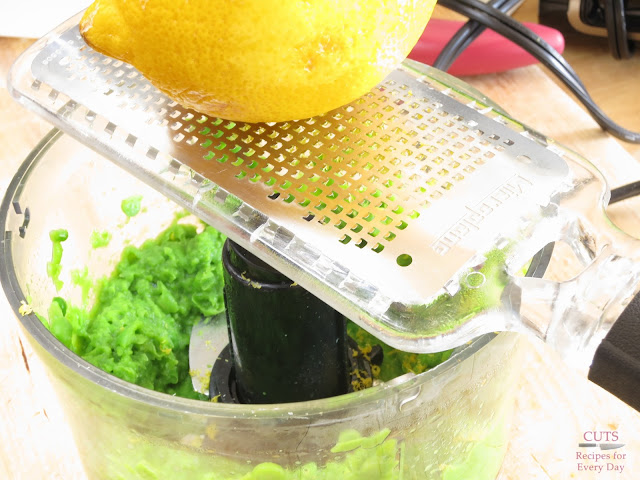 9.  Stick it in a bowl, toss it in the fridge, leave alone for about 20 minutes 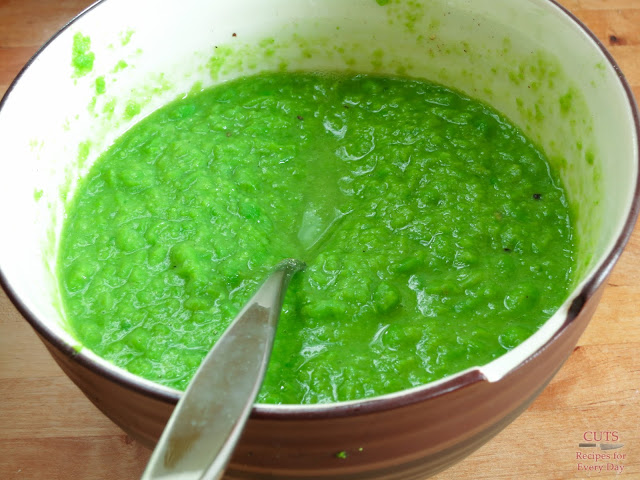 10.  Here comes the part when cooking gets dirty.  Cut the firm dough into pieces about 4" large.  You can see my shapes and sizes varied thanks to using my pie dish instead of a square dish

11.  Put the flour in one wide mouthed bowl, beat the eggs well in another bowl, and in yet ANOTHER bowl - place the salted breadcrumbs.

12.  Dredge each piece in the flour, the coat in the egg, then roll in the  breadcrumbs until well covered 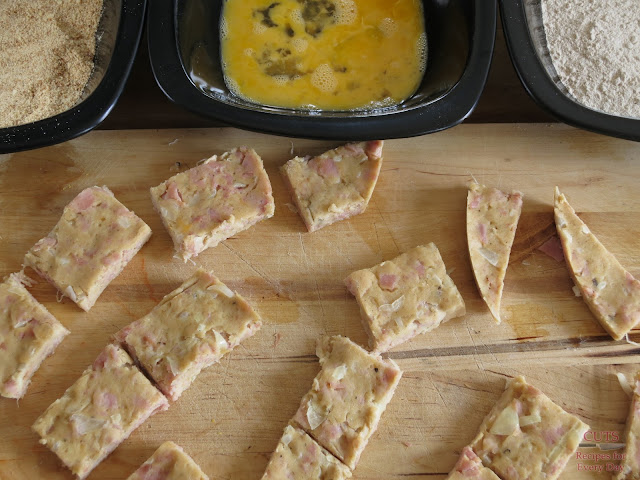 13.  Heat a skillet with the veggie oil - enough to cover your breaded pieces of deliciousness - until it's shimmering, or at about 350 degrees

14.  CAREFULLY using a pair of tongs, cook your croquettes in batches until each is golden brown, then place them on a paper towel to drain (someone asked me if you should put a place under the paper towel or just put it on your counter.  Yes, use a plate.  Your croquettes are covered in scalding hot oil, the kind Spartans used to drop on Athenians - use a plate, please)

15.  Serve with pea sauce on the side

I threw some paprika on here just for some color variation.  This was such a surprisingly scrumptious dish - I hope you'll give it a shot, and please, let me know if you do on www.facebook.com/cutseverday! 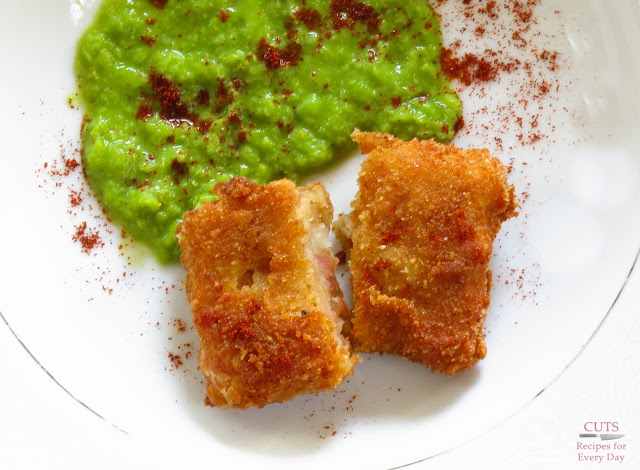