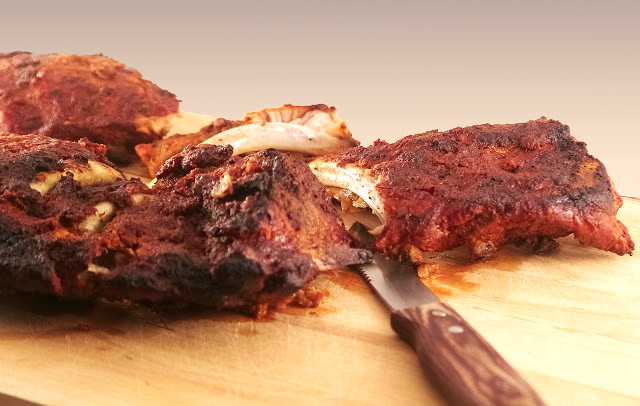 I've had the opportunity over the past couple of years to go down to North Carolina a couple of times, and in my travels, I was whipped, flogged and schooled in the ways of BBQ.  My experience with *authentic* BBQ was primarily Texan - a thick, smokey, sweet sauce that gives first-timers pause before they discover the bliss of it reaching their tongue.  Turns out I was doing it all wrong.

As far as Carolinians are concerned, there's basically three different kinds of sauce - ketchup/tomato based, mustard based (this is delicious, but I'd hardly call it a bbq sauce), and - what I consider to be the most delicious discovery of all, a vinegar-heavy, hot and tangy sauce that's generally prepared for all-out, whole-hog smoke outs.

Of course, when I finally decided to take a stab at replicating this pucker-inducing flavor, it was just too damn cold to grill in New England, and I just found that crockpot ribs turn into a soupy, almost impossible to eat mess.  Using the broiler, I was able to crisp the outside just enough to keep the ribs together, but maintain the succulent, juicy inside - a combination I've never been able to replicate without a slow-cooking smoker.

The flavor was intense without being totally overpowering, and the technique - while it may need a watchful eye and some tweaking to match the behaviors and heat of other ovens and crockpots - is a perfect solution to cold-weather rib-rack cravings. 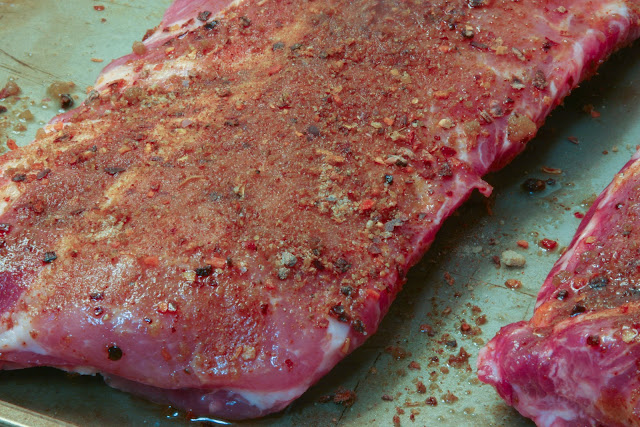 1. Preheat oven to broil
2. Cut the ribs in half (so that they'll fit in your crockpot)
3. Mix the rub ingredients in a small bowl
4. Rub the ribs down with just a touch of olive oil so the rub sticks
5. Using your hands, coat both sides of the ribs with the rub - don't be gentle...
7. Using back of a spoon, coat the ribs in the glaze 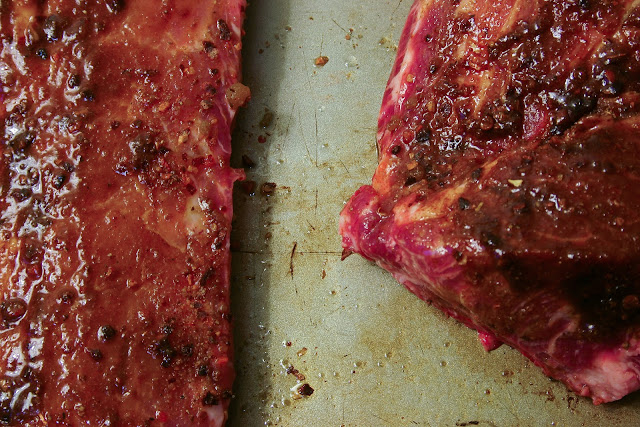 7. Toss the ribs in the oven until the glaze simmers and darkens 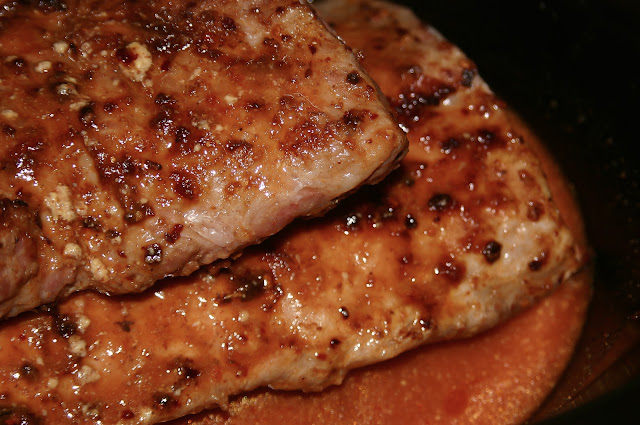 10. When the ribs are tender, but not quite falling apart to the touch, they're ready to go back under the broiler.  Toss them into a preheated oven for about another 10 minutes, or until they darken to a rich red color.

The exterior should be crusty, but not crunchy.  The meat should easily fall off the bone when pressure is applied, but not fall apart the second you touch them.  The result is one of the most delicious indoor ribs I've ever had!

Do you have any great ribs recipes?  Share with me on Facebook, or leave them in the comments. 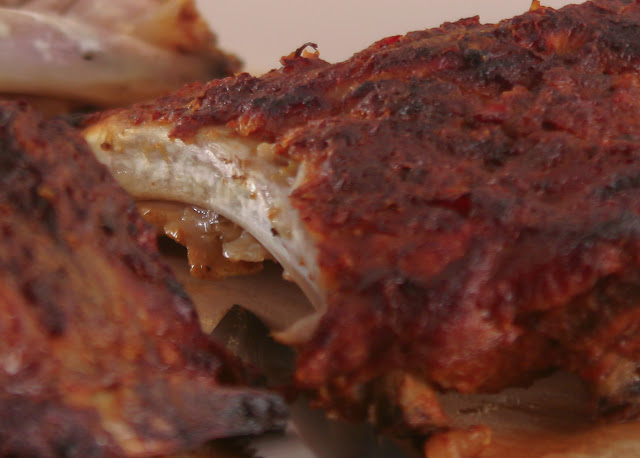