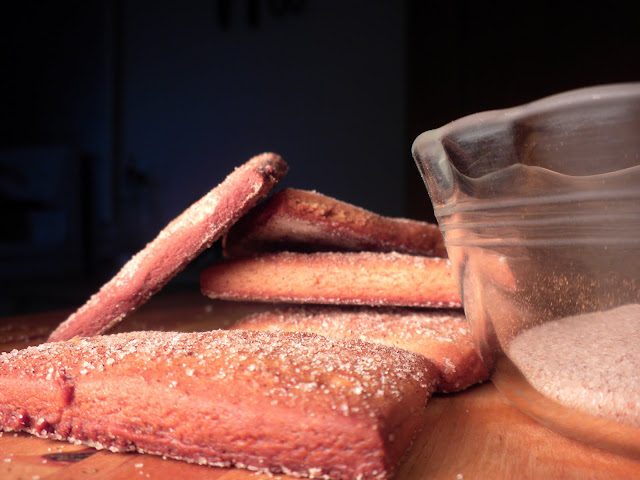 Yes, I decided once again to hold my nose and dive into the oven! No, not Sylvia Plath style, although sometimes consider that when I make my attempts at baking.  When I saw Smitten Kitchen's recipe for graham crackers, I thought "Hey, I've made cheese crackers - how hard could this be?"  However, for a newbie baker like me, I found getting the consistency right to be a bit of a challenge, especially with my complete lack of baking equipment.  Eventually, I got there, and I hope you'll all make the leap with me!

A friend decided she was going to make homemade marshmallows, and we should combine our forces our forces to build some From-Scratch-S'mores.  Alas, we wound up getting together for brunch, and amidst the frittatas, boozey french toast, raspberry pastries, and banana fritters (my next adventurous attempt - stay tuned!) the s'mores became lost in the shuffle.  Another time - I'll post the pictures to Facebook when it happens. 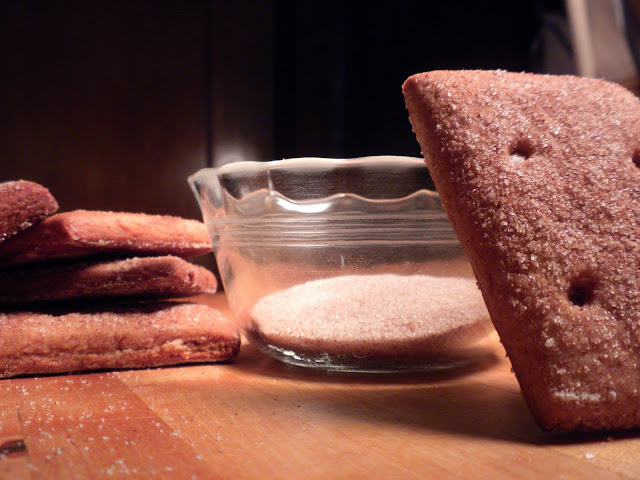 1. Combine flour, brown sugar, baking soda, salt, and butter in a large bowl and mix well.  I better equipped person would use a mixer or a processor - I used my hands. The mixture will thicken slightly
2. In a separate bowl, mix together the honey, milk and vanilla 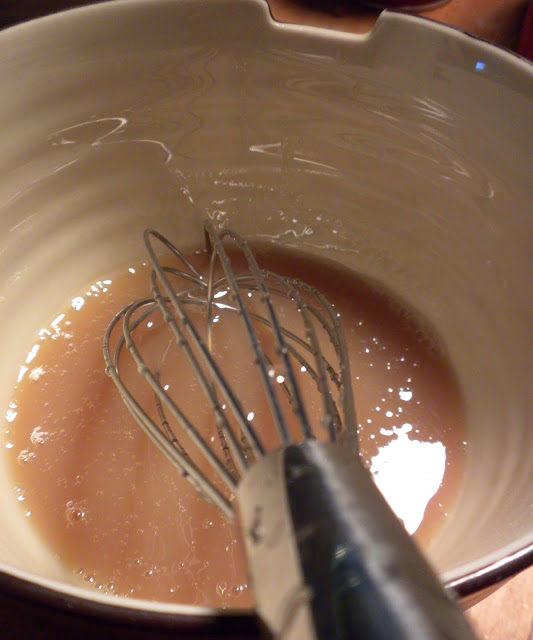 3) Pour the honey mixture into the flour mixture, and mix until a soft, sticky dough is formed. 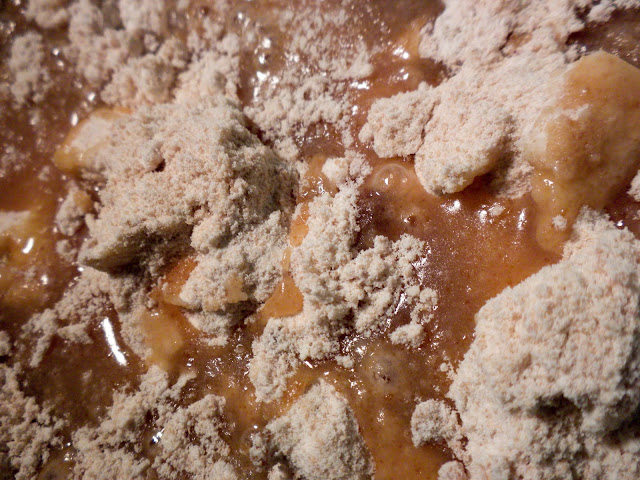 4) Coat lightly with flour and leave in the fridge over night, or until firm 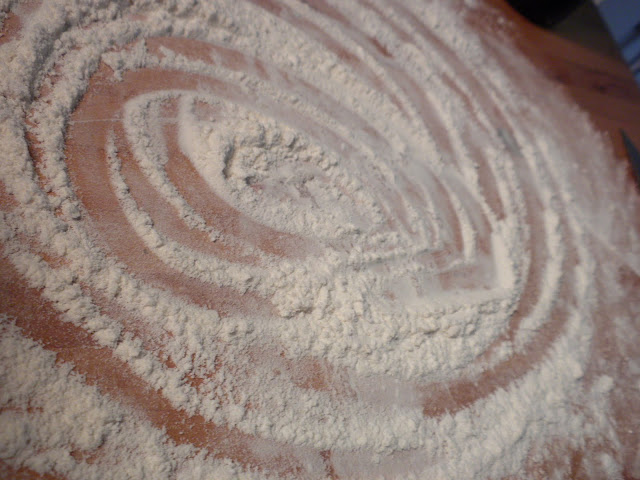 5. Roll the dough out on a flat, flour coated surface until about 1/8" thick.  I actually used a wine bottle to roll it out - I would suggest coating the wine bottle with flour too.  :)
6. Using a pizza cutter, cut the crackers to a shape of your liking - rectangular is traditional
7. Put the pieces on parchment paper and place in the fridge for another 20 minutes. Preheat oven to 350 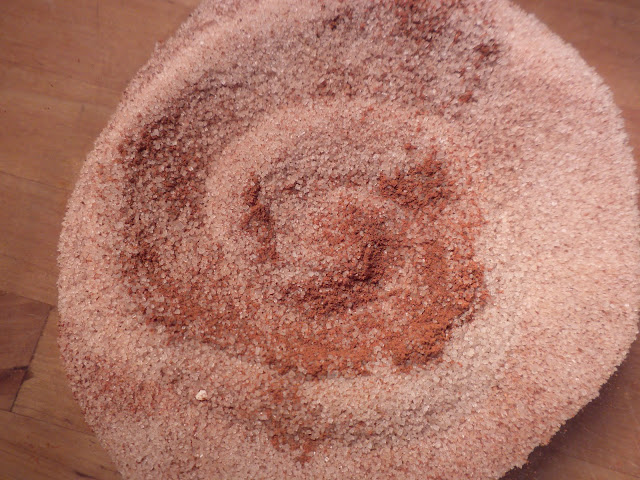 8. For the topping, I simply mixed cinnamon with sugar until it tasted right - just mix to your taste. Lightly dust the pieces with the topping. 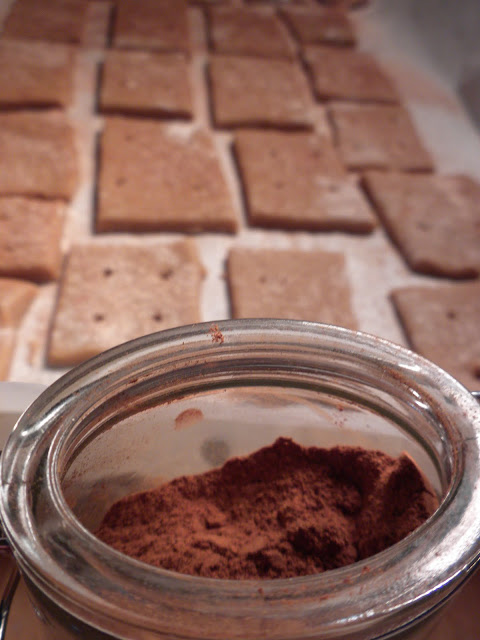 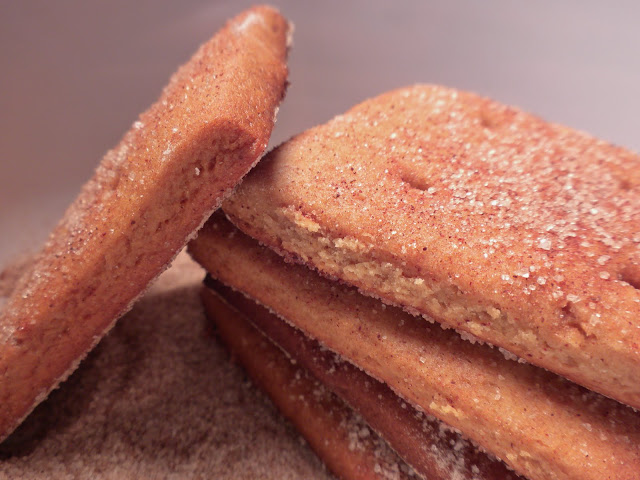 Questions?  Additions?  Comment below, or email me at CutsEveryday@gmail.com.
Posted by CutsEveryday